On Monday, Windows announced the release of their newest version of their Visual Studio 2015 suite that now supports the OSX and Linux operating systems! Since its beta release in April, over 500,000 developers have contributed their code and feedback to create an IDE that satisfies the array of needs that developers must attend to in order to create custom applications for web, console, desktop, cloud, and mobile.

The collaborative capabilities that the new VS2015 has to offer opens a new realm of possibility to developers through increased accessibility by offering support for different operating systems, ease of installation, porting existing code and projects into and out of VS2015, and more!  This newest Visual Studio release improves upon existing functionalities like diagnostics, deployment, and debugging, and introduces new ones to handle a wide array of programming languages while improving editing, refactoring, and creation of test suites. 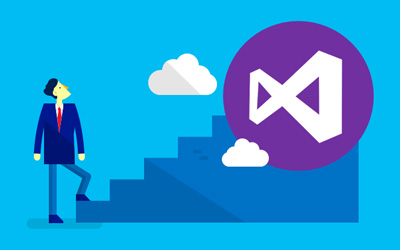 The VS2015 workspace features debugging and profiling in the Diagnostics Tools window to analyze correctness and suggesting fixes or refactoring your code in real-time with Light Bulbs. Visual Studio newly supports programming language stacks in Visual Studio and .NET for Python, CoreCLR, Roslyn, TypeScript, and more. It also utilizes Roslyn’s code analyzers, familiar to both VB and C# developers, for customization of warnings and suggestions. For web and mobile application developers, there’s new support for the popular languages HTML5, JavaScript, JSON, CSS3, Node.js, and the newest version of the Entity Framework for C# development. New mobile development tools allow for targeting of the Windows, iOS, and Android platforms and improved testing with its integrated rich web tooling. In addition to front-end language support, Visual Studio has included a modular HTTP request pipeline and IIS functionality for hosting using IaaS or Paas in Azure and the ability to publish applications and ease deployment to Windows, Mac OS, Linux, and the cloud with its improved environment configuration. Windows offers their Team Foundation Server along with Visual Studio Online to manage and scale projects shared by a development team in an effort to optimize productivity in a secure environment that features Git repository management for continuous delivery and application insights that offer reporting and monitoring.

Microsoft’s openness to the developer community has been apparent through its increased support of new coding languages, new platforms, and increased usability from design to deployment. While this increased accessibility may dampen Satya Nadella’s vision of having Windows 10 on a billion devices, the power and leverage of having so many pertinent programming languages ported from an IDE that is so familiar will surely continue the success of Windows’ innovations. 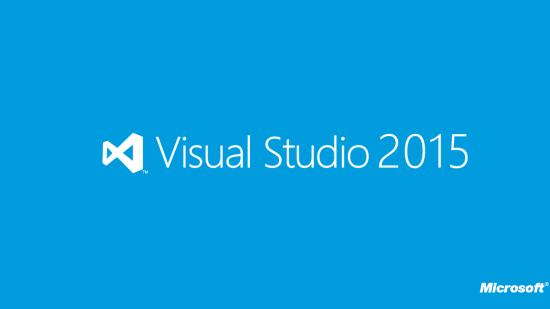 Microsoft has been busy pushing Windows 10 OS, Windows 10 Phone, and the Microsoft Edge web browser that will cater to devices from desktops to consoles, but the revamp of their API stack and release of VS2015 will really prove to be the driving force towards their goal of acheiving interoperability among devices for both enterprises and consumers.

Satya Nadella’s vision for Windows 10 is for it to serve as a common software foundation for PCs, tablets, smartphones, and Xbox, to allow seamless, uninterrupted activities across devices, so Microsoft is exchanging their legacy APIs like VBScript and ActiveX for their new family of Visual Studio products that includes the Visual Studio Community, Enterprise, Online and Code. The aptly named VS2015 will be the step up from vNext has the goal of providing more robust agile development capabilities for custom software. The new ASP.NET 5 is the most anticipated feature in their MVC framework when utilized with WebAPI and SignalR. VS2015 is cross-platform compatible, so software developers will be able to access VS2015 from Windows, Mac, and Linux machines! ASP.NET 5 has been designed to provide a lean .NET stack for building modern, cloud-based, web apps and services for small businesses and enterprises. Visual Studio Online provides a version control repository with Git so that developers can collaborate on code to increase productivity and ensure continuous delivery, while debugging and testing is easier with ASP.NET 5’s cloud-based testing suite, IntelliTest. ASP.NET Core has already been released as open-source to encourage sharing of documentation, updates, and bug fixes in the Microsoft developer community.

In an effort to increase accessibility and encourage developers to deliver mobile apps to consumers, Microsoft has implemented Apache Cordova for developers to write iOS and Android apps that use HTML, CSS and JavaScript, or compile and deploy their Objective-C applications through VS2015. Developers can also use Java or C++ to build shared components for their iOS, Android, and Windows apps to be shared in the Windows Store with the help of Windows’ POSIX-based subsystem they created with Xamarin for Android to support the code. Mobile games written in C# are also more easily ported to Windows with the help of Unity, the go-to multiplatform for 2D and 3D game development.

As a Microsoft Partner, we at Ayoka are always working with the newest technologies, staying up-to-date and expanding our experience to provide the best services to our clients. Contact us today for a free quote at 817-210-4042 to experience the Texas difference in enterprise software development!

|
0 Comments
|
Technologies, Visual Studio
Microsoft will be partnering with the jQuery team and shipping jQuery with Visual Studio in the near future. The addition of web elements, jQuery and the project architecture makes for an interesting combo. Also, jQuery intellisense annotation support will be available as a free web-download. Barely a few weeks after the announcement, Microsoft during the PDC event, announced that Visual Studio 2008 now supports jQuery Intellisense through an additional file available from jQuery. This file can be downloaded from here.  BTW, the PDC conference is sold out…but you can get on the wait list 😉 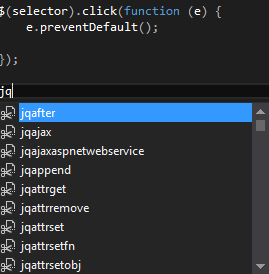 There are over 130 code snippets for jQuery included. You can view a listing of all of these snippets on the Visual Studio project wiki here.